Depression is a serious psychological condition that affects a person’s physical, mental, emotional, and social state. It may impair a person’s normal psyche and daily functions in life. Research states that more women are prone to developing depression than men due to some factors or life stages that only women undergo such as puberty, pregnancy, childbirth, and menopause. Let us explore the signs and symptoms associated to depression and see if you or your love one shows these so that you can seek treatment soon.
[wp_ad_camp_3]

Decreased energy is one of the common symptoms of depression in women. They may have sleeping problems, which include insomnia, hypersomnia or excessive sleeping, and waking up at night. They may also lose interest in food, which may lead to weight loss, or they may over eat especially carbohydrates resulting to weight gain. They may experience body pains or aches such as headache which tends to worsen when they already have migraines, backache, muscles pain, joint pain, chest pain, etc. that are unrelieved by treatment.

For chest pains, it is important to seek medical attention immediately for possible heart problems. Depressed people may also feel nauseous, and may experience diarrhea or constipation. They may also feel very exhausted even with enough sleep or even with less activity. They have difficulty waking up in the morning or they may wake up too early but have difficulty sleeping at night. Sleeping patterns and eating patterns are obviously altered. They may also feel dizzy and light headed at times. Depressed women may feel tired most of the time.

Some of the symptoms of depression in women are of mental character. Women may have a trouble concentrating or making decisions. They may also have memory gap problems. Generally, depressed women cannot think clearly and do not have a sound judgment. They may be confused and have difficulty in understanding.

Emotional symptoms of depression in women may be expressed by consistent feelings of sadness, emptiness, and anxiety. A woman feels all the negative feelings such as feeling down, hopeless, helpless, restless, irritable, and worthless or she may have guilt feelings or recurrent thoughts of suicide. She may have low self-esteem, agitation and for the post partum mothers, they may have thoughts or actions of inflicting harm to their baby. They may have mood problems that worsen during the night. Depressed women may also be observed to be crying more often or crying excessively. They are in constantly depressed mood, feeling pessimistic and low.

There are also social symptoms of depression in women. Some women may lose interest on pleasurable activities such as a hobby or sex that she used to enjoy before. She may isolate or withdraw herself socially and avoid social interactions with friends, family, and others who are close to her. Changes in her social behavior can be easily observed. She may noticeably become quiet and very silent when she used to be a cheerful person. This may become very dangerous when left untreated, as you do not know what is going on in her mind. This should pose an alarm. Once this is observed, the woman should be given prompt attention. Communication is also very important. Try to talk to her to know her thoughts. Reassure love and care for her. If there are still no positive changes, seek professional help immediately as this is a serious concern.
[wp_ad_camp_3]

The Relation of Mania to Depression

While depression is a low mood or feeling, mania is the exact opposite. It is a high feeling with elevated mood. It is associated with bipolar disorder. Some people who are in a depressed state suddenly becomes manic and although you may think that this is positive since they change from low to high moods and stopped isolating themselves, a sudden change from low to high moods may also be a concern. Depressed people that turned into manic may actually pose more harm and should alarm you. It is because during their depressed state, they have decreased energy and although they may have suicidal thoughts, they cannot actually do it during their depressed state most of the time because of their lack of energy. However, it should still be monitored and given attention. While in manic state, they have increased energy and can now put their suicidal thoughts or thoughts of harming others into action. They become dangerous this time and should be closely monitored.

Getting to Know the Symptoms of Mania

Some manic symptoms that you should watch out for include abnormally high or elevated mood, increased talking, obvious and sudden increase in energy, improper social behavior, grandiose ideas, irritability, decreased interest in sleep, increase in activity including sex, and poor judgment leading to risky behavior.

in Health and Wellness

More About Women and Depression 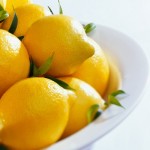 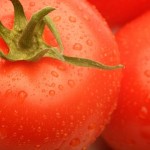 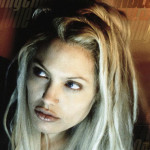 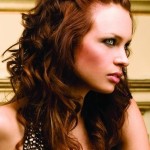